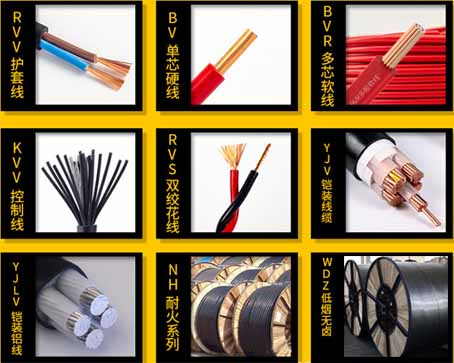 Halogen-containing flame-retardant cable insulation layer, outer sheath and auxiliary materials (tape and filling) are all or partly made of halogen-containing polyethylene (PVC) flame-retardant materials, so it has good flame-retardant properties. However, when the cable burns, a large amount of dense smoke and halogen acid gas will be released, and the halogen acid gas is corrosive to the surrounding electrical equipment. Rescuers need to wear gas masks to approach the scene to extinguish the fire. When the cable burns, it will cause harm to the surrounding electrical equipment and rescue personnel, which is not conducive to the fire fighting and rescue work, resulting in serious "secondary hazards". 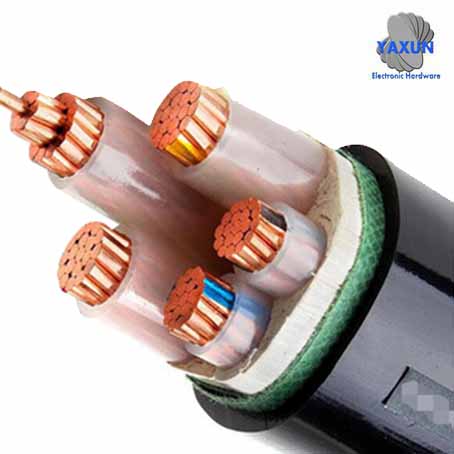 Use of flame-retardant cables

1. Dense cables
The flame retardancy of cables when multiple cables are densely arranged should be in accordance with the "Bundled Wire and Cable Burning Test Method" and the cable configuration. The principles of preventing catastrophic accidents and economic rationality are needed to meet the requirements of suitable categories. For the following places or circuits that need to be energized within a certain period of time due to the external fire, the exposed cables should be protected against fire or use cables with fire resistance. Important circuits such as fire protection, alarm, emergency lighting, breaker operation DC power supply, and power supply for emergency shutdown of generator sets and other important circuits; Computer monitoring, dual relay protection, security power supply, etc., one of the two circuits when the same channel is not isolated from each other when the two circuits are used together.

2. Fire-resistant protection of cables
When the number of cables is small, fire-resistant paint or tape can be applied to the cables, or the cables can be put through fire-resistant pipes. When there are many cables in the same channel, they should be laid in the fire-resistant trough box, and the power cable should be in a vented type. The semi-closed type can be used in a non-combustible dust environment. When the protective section of the cable laid on the bridge is not long, a fire-resisting package can also be used.
In oil tank farms, important public buildings with wooden structures, high-temperature places and other situations with high requirements for fire resistance, installation and economic performance, non-combustible mineral insulated cables can be used. If self-contained oil-filled cables are laid in public corridors, passenger tunnels, bridges, etc. where fire protection is required, they can be laid in sand. Cable trenches close to oil-containing equipment such as high-voltage current and voltage transformers are sealed with trench covers.

3. Dense places
In cable-intensive places or enclosed passages with high safety requirements, automatic fire detection and alarm devices suitable for reliable environmental actions should be equipped. The fuel supply system where the oil-filled cable is laid out shall be equipped with automatic fire alarm and lockout devices that can reflect the fuel injection status. The cable-intensive parts of underground public facilities, the terminal installation of multiple oil-filled cables and other places with higher safety requirements, can be installed with special fire-fighting facilities such as water spray fire extinguishing. 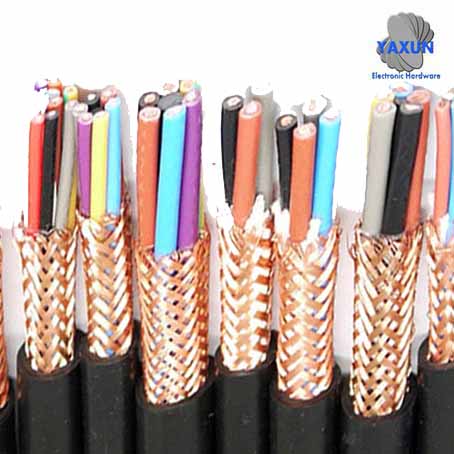 The main technical indicators related to the fire safety of the cable are the flame retardancy of the CO2 cable, the density of the smoke and the toxicity of the gas. The US fire protection standards pay more attention to the first two issues, but Europe and the US have completely different views on fire safety.
The American traditional concept thinks: The root of the fire lies in the production of carbon monoxide (CO) poisonous gas and the release of heat from the conversion of CO to CO2 in the subsequent combustion process. Therefore, controlling the amount of heat released during the combustion process can reduce the risk of fire.
The European tradition has been convinced that: The amount of halogen acid (HCL) released during combustion, gas corrosivity, smoke concentration and gas toxicity are the main factors that determine whether people can safely escape from the fire scene.

In order to evaluate the flame-retardant performance of cables, the International Electrotechnical Commission has formulated three standards: IEC60332-1, IEC60332-2 and IEC60332-3. IEC60332-1 and IEC60332-2 are used to evaluate the flame retardant ability of a single cable when placed in an inclined and vertical position (corresponding to GB12666.3 and GB12666.4 standards in China). IEC60332-3 (corresponding to GB12666.5-90 in China) is used to assess the flame retardancy of bundled cables when they burn vertically. In contrast, the flame retardant requirements of bundled cables are much higher when they burn vertically.
IEC60332-1/BS4066-1 flame retardant rating (single wire or cable vertical burning test)
Share:
PREV：China Flame Retardant Cable Manufacturer
NEXT：What is XLPE Cable?