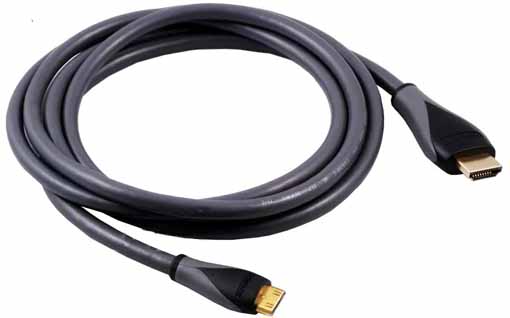 The actual situation is that when the HD cable (HDMI cable) is hot-plugged, the port is often burned out, which is static damage. The high-definition cable (HDMI cable) is a very high-speed digital signal because of the need for high-speed. When designing the transmitting and receiving chip, the anti-static protection circuit used generally can only withstand 5-8KV electrostatic voltage. However, in real life, if the environment is dry and there are conditions for generating electrostatic voltage, electrostatic voltage of tens of thousands of V is common. At the well-designed source and display ends, ESD protection circuits are generally sacrificed for some capacitance margins. However, some machines do not have ESD protection circuits in order to save costs, and the chips may be burned when the static-charged HDMI cable is inserted. This point, friends who do HDMI cable testing must know, because NA and TDR also have anti-static requirements, this is the same reason.
Another reason is related to the power grid: Our power socket is 2-pin and has no ground wire. When installing LCD TVs and projectors, general users will not use additional grounding wires. This makes it easier to generate static electricity.
The high-definition cable (HDMI cable) on the market that supports hot-plugging includes the ESD HDMI cable launched by YAXUN Electronics. 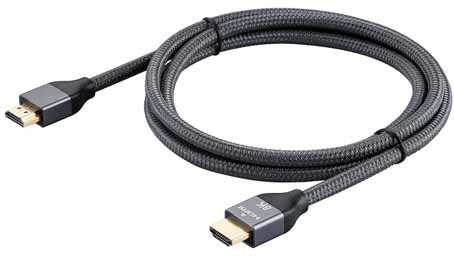 1. Conductor: Most of the wires are made of copper as the conductor. Due to the good conductivity of copper, its conductivity can reach 100%. The HDMI cable also uses copper wire, but due to cost reasons, high-end core wires are silver-plated or copper wires. Generally, tinned copper wire is used.
2. Shield: The shielding efficiency of high-grade wire is 95%, but the general wire can only reach about 80%.
3. Stranding: The process of twisting HDMI pairs is very particular, mainly to prevent interference. There are some special processes, such as: pair twisting, total twisting, spreading aluminum foil and so on.
4. Insulation: Including the insulation of the copper wire and the external insulation (outer cover) of the wire. The insulating material of copper wall and iron wall line is generally FO-PE. Also use a special foaming process. The outer quilt is made of PVC material.
5. Magnetic ring: Some HDMI cables have a magnetic ring, but this is not a must, nor is it a standard for judging the quality of HDMI workmanship. The magnetic ring can reduce interference to a certain extent, but if the HDMI workmanship is good enough, it is not necessary to use these, and products that only have no confidence in the quality will sometimes use these as a shield.
6. Connector: There are also a lot of work done on the joint part, one is the treatment of the gold-plated head. Many high-definition HDMI cables are gold-plated to prevent rust and corrosion, and can also play a role in non-slip and wear-resistant.
Share:
PREV：Custom Processing of LVDS Wiring Harness
NEXT：Custom Processing of RF Wiring Harness