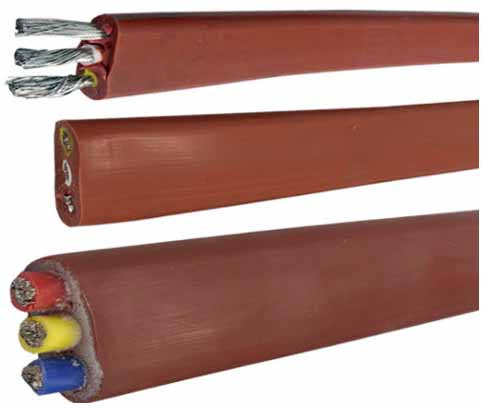 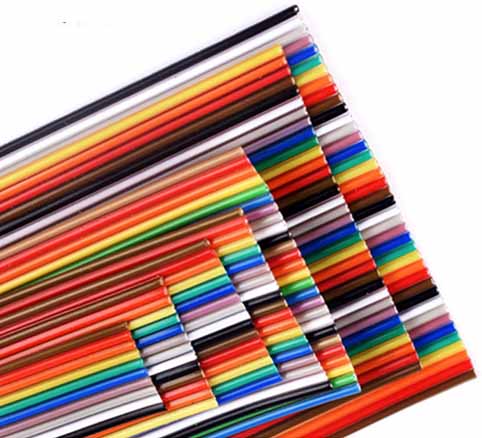 1. When the insulation resistance of the flat cable is converted to a length of 1km and the temperature is 20℃, the power core should not be less than 30MΩ/km.
2. For the voltage test of the flat cable, the power cores should be able to withstand the 50Hz, 2500V voltage test for 5 minutes, and the cores should be able to withstand the AC 50Hz, 1500V voltage test.
3. The delivery length of the flat cable should not be less than 150m, and the short cable length is not less than 35m to be delivered. The delivery quantity should not exceed 10% of the total delivery length. According to the agreement between the user and the manufacturer, any length of cable is allowed to be delivered

As a multi-core cable, flat cables were first used in electronic computers and electronic instruments. Because of its flexibility and small wiring space, it has also been widely used in civilian electrical appliances such as telephones and tape recorders. In order to meet different requirements, some new flat cables are constantly being developed. The application of the insulation displacement connector makes the termination of the flat cable extremely convenient and reliable. At the same time, higher requirements are put forward on the geometrical dimensions of the flat cable center distance tolerance, center distance cumulative error, and insulation thickness, which makes the manufacture of flat cables more difficult.
The production process of flat cables is basically similar to that of plastic wiring. In the flat cable forming unit, in addition to adding a flat cable forming device related to the main process of insulating material processing. It also uses multi-head pay-off racks, cooling water tanks, spark detectors, wire pullers and coil forming machines and other equipment that are basically similar to those used in plastic wiring production. 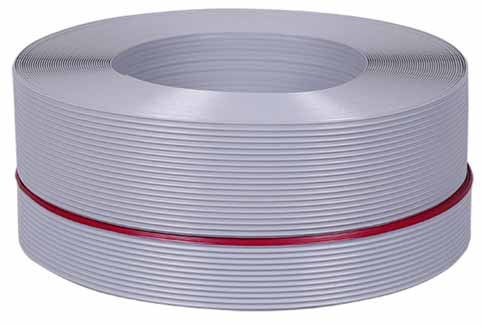 The forming method of flat cable is a flat cable formed by sandwiching a group of core wires evenly arranged at a certain interval between two pieces of plastic film, and bonding the three by certain means. There are two problems to be solved during molding, one is how to produce two layers of plastic film that can be bonded or fused to each other; The other is to ensure that a group of wires are always kept at a certain distance and arranged evenly.
The insulation of flat cables includes soft polyvinyl chloride, polyester and fluoroplastics. The processing properties of these polymer compounds are different, and different processing methods must be used to shape them. People have developed a variety of flat cable forming machines. Although each has its own characteristics, they can basically be divided into four categories.
1. Direct extrusion method. Use plastic extruder to directly extrude flat cable with die, such as flat cable machine of KABLEMETAL company in West Germany and flat cable machine of MAILFLER company in Switzerland.

2. Laminating method. The wire and plastic are pressed into a cable through a pair of rollers. This method can be divided into two types according to the source of the plastic film: a method called extrusion film lamination, such as the flat cable machine of Showa Wire and Cable Co., Ltd.; The other is called prefabricated film lamination, such as the ribbon cable machine of the 23rd Research Institute of the Ministry of Mechanical and Electrical Engineering.

3. Bonding method. The two pieces of film are bonded to the wire through an adhesive, such as the polycool flat cable machine of Shangwu 20 Factory.
4. A method between the two molding methods, such as: a shielded flat cable machine that combines extrusion and lamination. 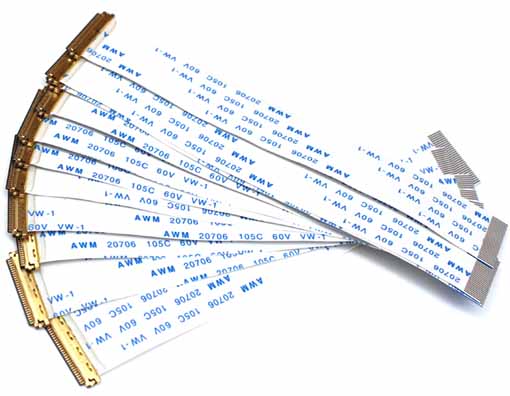 To produce a qualified flat cable, in addition to selecting a suitable processing method according to the processing performance of the insulation. There are many specific process problems during molding (some are unique to flat cable molding, and some are encountered in ordinary cable production) that must be resolved. Otherwise, although the product looks similar but the electrical performance does not meet the requirements, it still cannot be used. The center distance exceeds the requirement, the wires are severely eccentric, the insulation resistance is low, and the flat cable length is short, etc., which are often encountered problems in production. The coefficient of linear expansion of plastic is relatively large, and soft PVC is 7.0~25X10-5/℃. As the ambient temperature changes, the size of the center distance also changes. When the flat cable forming mold is filled with soil as required, it cannot follow the temperature change. In order to facilitate operation and reduce mold costs, flat cables must be molded in an environment with small temperature changes, and the workshop temperature should be controlled between 15 and 25°C.